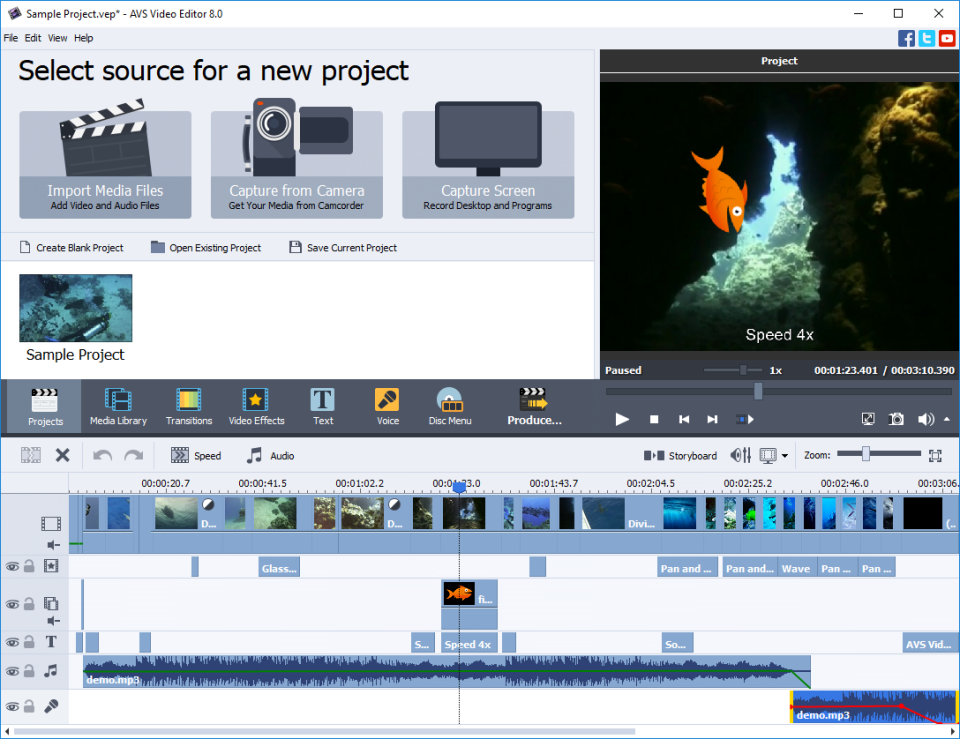 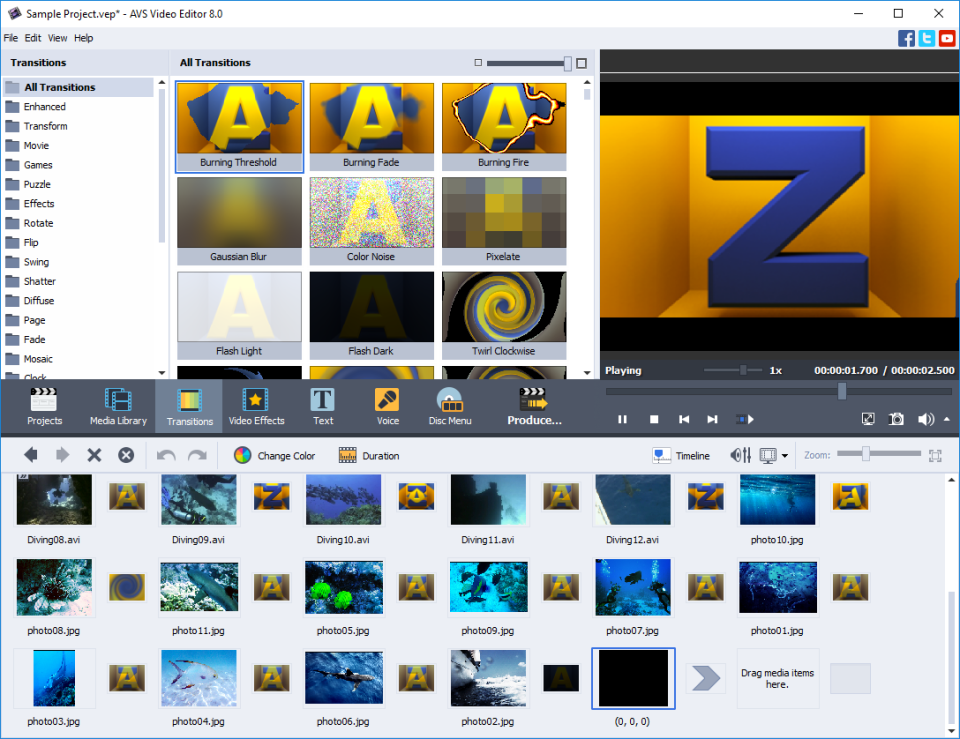 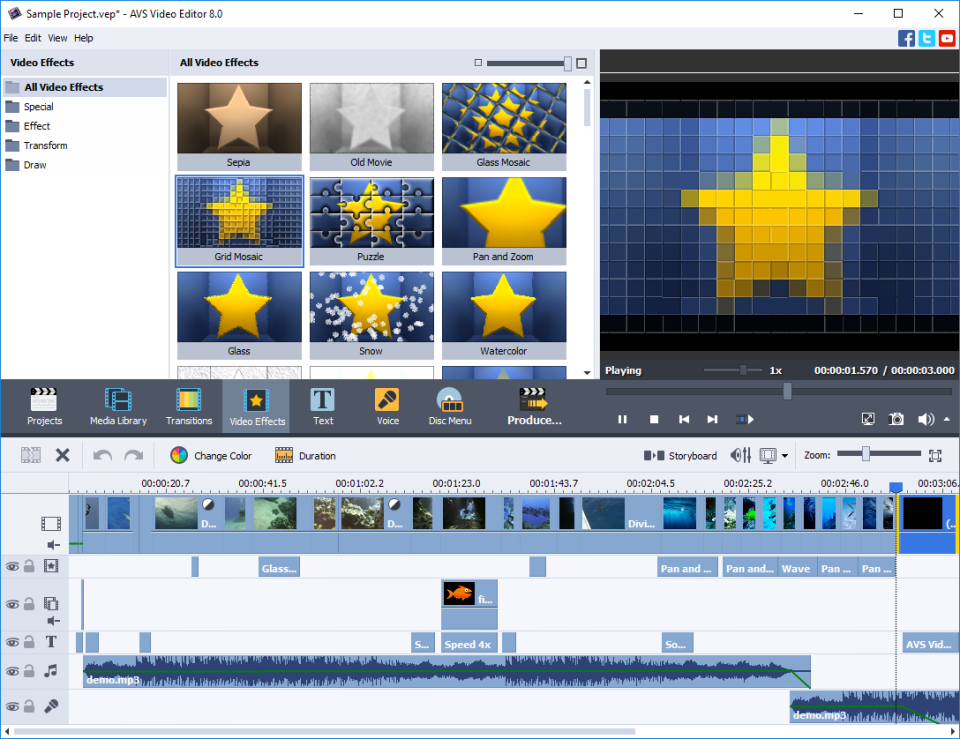 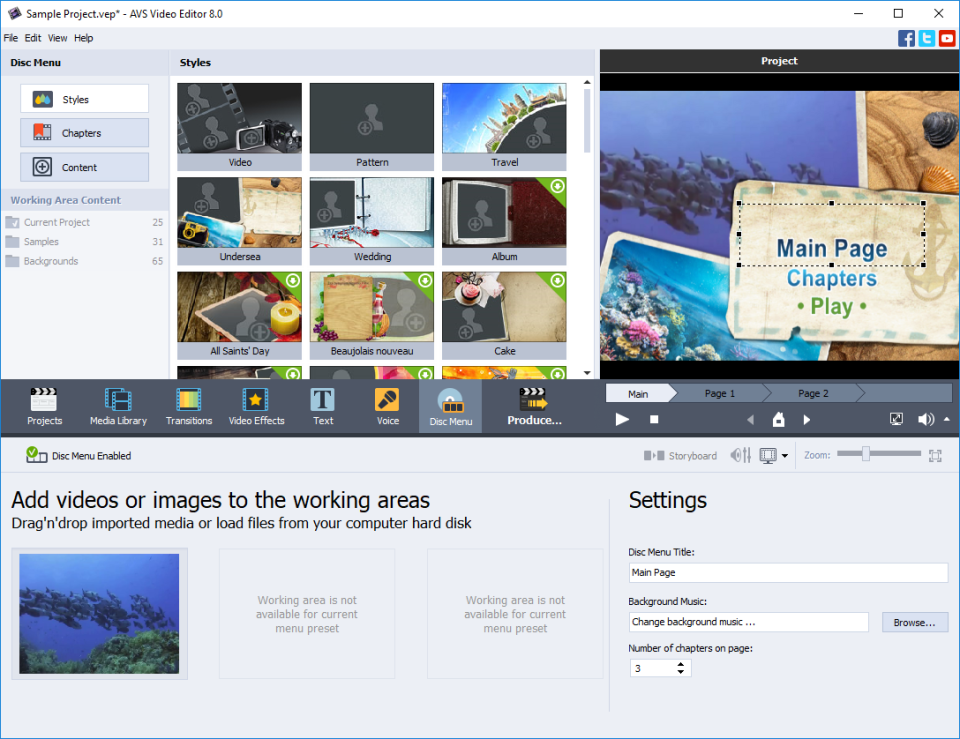 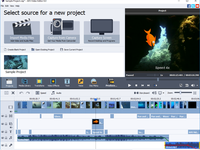 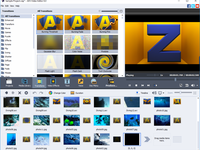 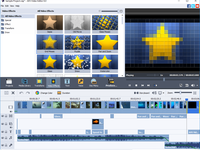 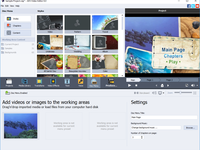 Kommentare: Overall, my experience with the product has been good. I just wish AVS customer support would work with their long-time customers rather than require them to purchase the "Unlimited" product every time they change computers. It's not really "unlimited" if you can't take it with you to another computer when you upgrade.

Vorteile: What I love about this product is the ease of use. Anyone can use AVS Video Editor without any prior knowledge of video editing. The program is intuitive and the help guides you through most issues.

Nachteile: As with other AVS products, it's licensed only to the computer. I purchased the complete AVS Editor bundle over 10 years ago. The problem is computers don't last that long and if your hard drive fails or computer needs to be rebuilt, you have to purchase the license again. Most products will check to ensure it's only used in one computer at a time, but customer service refuses to work with you on this issue. They just want more money.

Kommentare: Makes videos that are perfect quality to be projected onto large screens for business and for musical concerts.

Vorteile: Very easy to use to make fast changes to videos, editing out or inserting new blocks or transitions.
Help from AVS not needed, there is sufficient online help.
It's a product for life, I have been using since 2009.

"Would be perfect except for serious issues"

Kommentare: The time problem is a serious one and could cause a problem when I testify in court. I have tried repeatedly to contact the company for help in resolving this issue, along with the time zone, but you can virtually never get a person to respond. If they would fix these two issues, the program would be perfect.

Vorteile: You can choose where to place the date and time on the video, the format, and the font. Works fairly quickly and easy to edit. You can also delete audio.

Nachteile: You cannot choose a time zone. (You could on the old version.) Once all my video is listed, I have to manually tell it to deduct five hours from my video time. I also skips time. For instance, my video may be running at 8:28 a.m. to 8:30 a.m., but the next segment (which should be 8:31) skips back to 8:28. It makes it appear as though I have altered something and I’m afraid it would not stand up in court. You also have to buy the program for each computer you have, which is so wrong. I use my PC and my laptop, but I had to buy the program for each one. When my old PC crashed, and I bought a new one, I could not transfer the software to my new computer. I had to buy another one.

"Great Value for Home or Small Business Use"

Kommentare: I have used this software to create DVDs of video taken at piano recitals. Piano students have recitals twice a year. I video each student as they play and create a DVD that combines all performances. The DVD is then distributed to parents. The ability to use transition effects and a disc menu are important in this application. I also use it for home video projects such as graduations, family gatherings and vacation videos.

Vorteile: Ability to select the video source from imported media files, web cam or screen capture.
Project files can be video, images or audio files. A nice and useful feature is the ability to add an editable color overlay to the project. The color is selected from a pallet. The size and orientation of the color patch is adjustable. This feature can be used to obscure a portion of the video. There is a provision for creating samples that can be used across video projects. The options for creating samples is the same as for creating the main media components. The project can be built using a timeline or a storyboard. The audio effects can be adjusted. Options include noise removal, equalization, compression and pitch shifting. Likewise, video and images can be color corrected by adjusting brightness, temperature, contrast, saturation, gamma and hue. A large number of transition effects are included that are used to move from one visual component to the next. It is very easy to trim a component video so that only the section of interest is included in the final production. The speed of the component video can be changed also. There is an assortment of text effects and samples to choose from. These can be used as overlays or to add titles to sections of the video. Voice recording is available so that commentaries can be added. A disc menu can be created to make it easy to jump to any section of the final video. I used this feature when I created a video of piano students performing a

Nachteile: When a media file is added to the media library, a thumbnail image is displayed along with the media file name. Usually the thumbnail image is of a frame from the media file itself. I have noticed that sometimes, an image from a previously used media file is displayed instead. This can lead to an awkward situation depending on the content of the media file the frame is taken from. The selection of styles available for the disc menu is limited. It would be useful if more styles were available for each topic. It would be ideal if some sort of editor were available so that one could create a style from scratch. The storyboard interface is not very intuitive. It may be useful for the construction of very simple video projects where the transition from one video component to another is important.

Kommentare: I use it to advertise my business with logo videos. Wish I could upload one of my videos now. Plus personal use for for family videos.
Its been a great experience.

Vorteile: I like that it's easy to use, it has guides and tips to help you, I do believe it has web videos you can watch to learn, I like you can add your own music or voice. The different transitions are neat and useful as well as the video effects, you can capture video from your screen. It works.
I bought the AVS4You unlimited, it came with 11 multimedia tools, lifetime!

Nachteile: every once in awhile it will freeze up, but that could be my computer to.